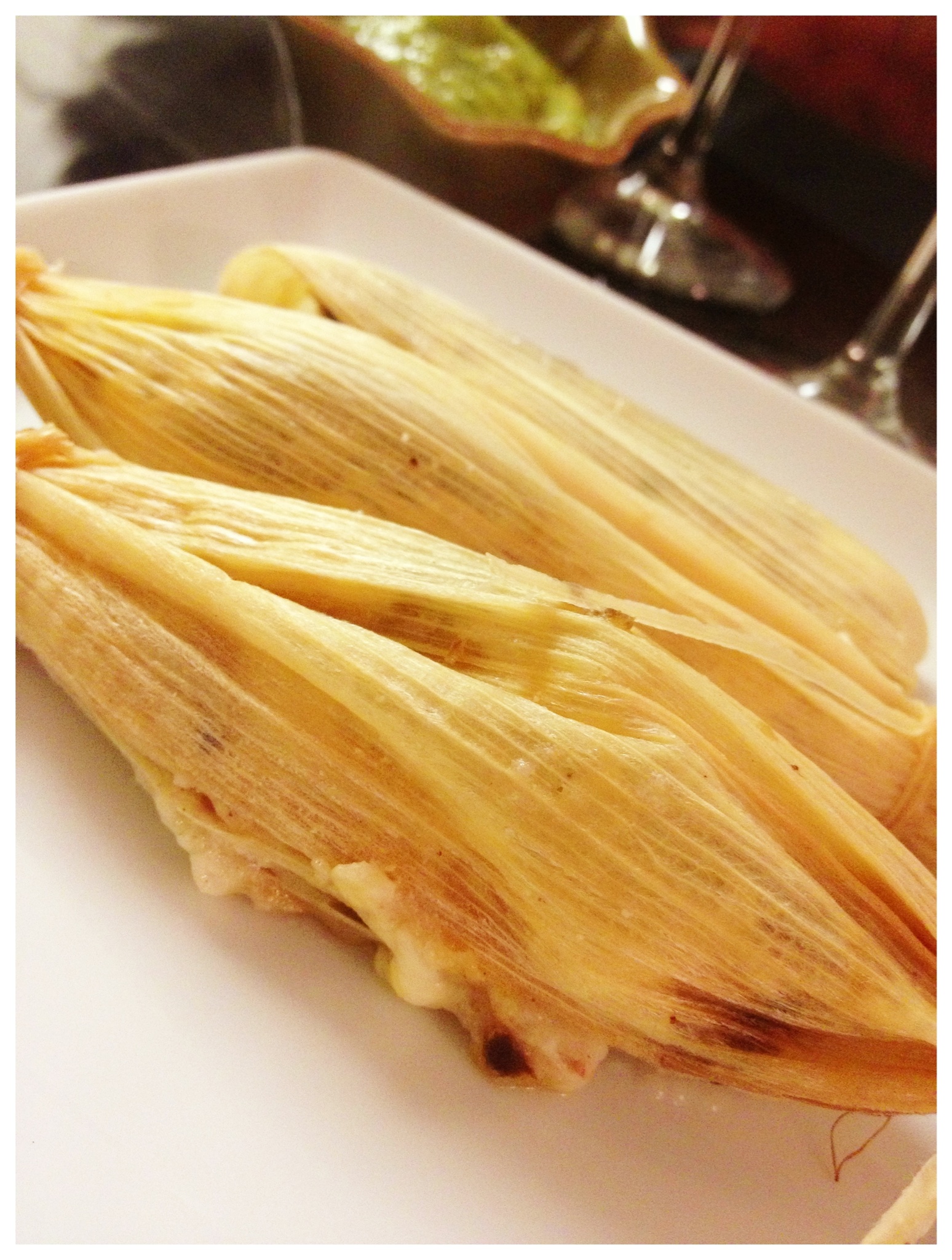 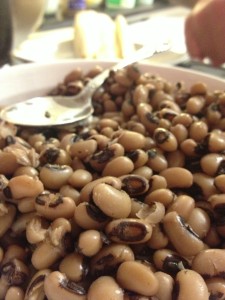 Having some pretty deep southern roots, I grew up eating black eyed peas for new year’s.  They are traditionally served with corn bread and B&B relish (chow chow, to some).

But why black eyed peas?  Most people say that the tradition stems from the civil war (or “that recent unpleasantness,” as I’ve heard it called), when Sherman’s Union troops considered black eyed peas suitable only as food for livestock, and left them.  Come winter, they were the only food people had to eat.

Others say that the tradition goes as far back as far as 500 AD, with the shephardi jews,  who settled in Georgia in 1730, and who ate them for good luck .

Whatever their origin, we eat them on January 1 for good luck and prosperity in the coming year.  Superstitious, maybe.  But I’m not one to buck that kind of tradition.

However, in this age of fused cuisine, and given the heavy Mexican influence here in Texas, I wanted to put a southwestern spin on this traditional southern dish.

And so Lucky Tamales were born. Tamales, of course, are made from masa (corn meal).  So they’re not really that far removed from corn bread.

I made these a little smaller so that they would be appropriate for a buffet. You may want to cut them in half, as well, to make a great finger food. 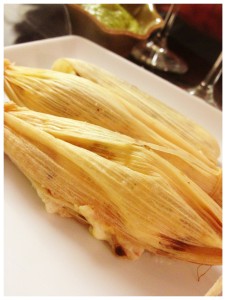 4 cups masa harina (it is different from corn meal, so make certain your masa has been treated with lime)

(For more information on making tamales, see my post on tamales)

Combine the masa, salt and baking powder, then add the water and lard. Mix (using a dough hook, if you have it) until slightly spongy, and spread it on corn husks that have been cut to about 4X6 inches.  Put on about 1 tbsp. black eyed peas and 1 tsp. chow chow.

Assemble the tamales, and begin steaming, with the last batch going for about 45 minutes.  Let cool prior to serving so they set up.  I also served these with a little tomatillo salsa, which was quite tasty.