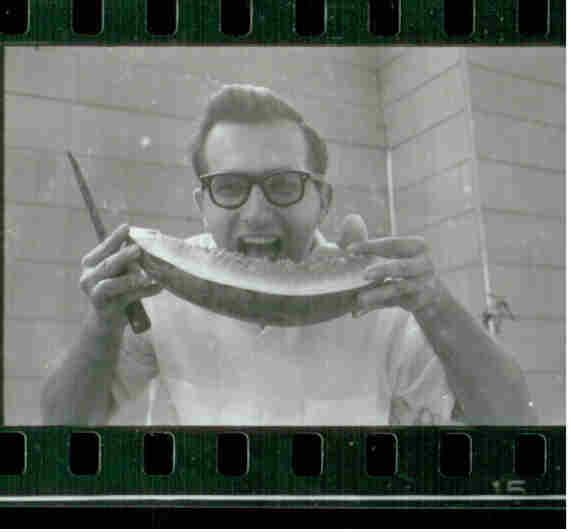 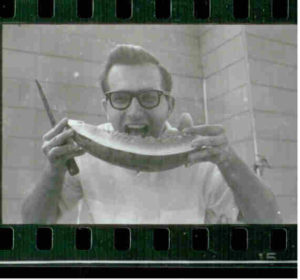 My father always told us that when he was born, snow was blowing up under the rafters and onto the bed.  In Georgia.  Right…

Needless to say, we never believed him. Until at about the age of 92, his mother, Clarice, confirmed it.

Dad’s birth certificate listed him as a girl, with no name.  At some point, he fixed the gender and filled in the blanks—”Jim Roy Morris.” He may have been named James, but was always called “Jim.”  So that’s what he wrote.

Jim was ever the trouble-maker.  Once, while smoking on the back porch (about age 5, if I recall), he set a cotton bale on fire. Another time, his father found some cigarettes in the shed. Dad blamed his younger brother, Bob, who took a beating.  Incredulous that his father could find his “stash,” Jim went to look. Sure enough, the cigarettes belonged to Bob.

Dad’s father died early (Dad was around 11 or 12).  Clarice took in boarders to make ends meet, leaving the kids to fight over chicken necks.  In the Depression, meat was a luxury.

Dad took a paper route, did odd jobs, and graduated high school at 16.  Whereas everyone else wrote things like “I want to be a good nurse” or somesuch, under dad’s senior photo he wrote that all he wanted was to “[g]et out of Hartwell.”

Before long, he packed a pillow case with a change of clothes and headed to a junior college, where a benefactor provided his tuition. Dad awoke at 4:00 a.m. to cook breakfast to earn his keep.  But a mohawk haircut and painting the water tower landed him on double secret probation…and out on his ear.

Dad hitch-hiked to Athens to apologize to his benefactor, who promptly got on the phone to demand Dad’s reinstatement. Knowing he wasn’t ready for college, Dad said “thank you,” and left.

And so he and a friend set out in Dad’s modified 32 Model B (yep, a real hot rod) to California to join the merchant marine.  Of course, they had no one to vouch for them, and were sent packing. Various misadventures later (including not being able to find their hotel in New Orleans because the landscape was “different” at night), and Dad was back in Hartwell.

He hustled a little pool, and then this thing called the Korean Conflict came up. Dad enlisted in the air force.  He doesn’t talk about that much, except that he developed the film from the planes, and he earned (won) enough money at poker to buy a couple Nikkormats in Japan, where a buddy conveniently delayed his departure for a month.

Next stop: Austin, Texas. Close to graduation, he took a job at the Monahans News.  Looking for some intel, he checked out the student directory, and found two people form Monahans.  One was a guy, the other was Dorothy.  Dad contacted Dorothy.

They went out on a date. Dad proposed that night. Dorothy went to Hawaii and Dad to Monahans. 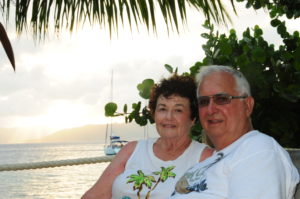 A few more stops in Texas (NTSU, Kilgore College), and Dad had his PhD. Then he and Dorothy (in case you haven’t guessed, my mother), made a fateful decision: move to Manhattan, Kansas. Mom figured she was doing temporary duty in the frozen tundra…which turned out to be about 20 years.

The first few years of my life are a bit of blur…Dad picking me up from school to play hooky, reading Peter Pan and hiding under the bed from the Big Bad Wolf with Mom, beating dad in a footrace at four or five, discovering I had chicken pox while sitting on a blanket with Mom and Dad in the back yard the VERY AFTERNOON school got out for the summer, Mom getting pregnant with twins (Jane and Margaret), Margaret dying three days after birth…I didn’t understand death, but I could grasp sadness.

It’s hard to watch your parents grieve, even 40 years later.

Then there was our house in Colorado. Dad hanging out the window to hammer siding using his “sky hook” so he wouldn’t fall.  Fishing in the streams. Dad (as all dads do), embarrassing me in front of girls. Jane hugging her blankie as it dried on the clothes line. Mom sitting through (and ultimately enjoying) Star Wars with me.

When I was in 8th grade, my grandfather died. Mom was already in Monahans. Dad and I drove out together.  I recall him sitting on the back steps, reading a letter he penned to my grandfather, “Dugan,” to my mother.  I can’t remember ever seeing my father cry like that before.

Through all of this, we made an annual pilgrimage to Hartwell every summer before heading to Colorado. It was a different world.  I had no concept of race conflict until a couple of black kids rode by on their bikes and shouted “Honkey” at me and the neighbor kids I was playing with. I waved.

I still didn’t get it until the neighbors shouted back “Nigger!” with baleful eyes.  Honestly, I still don’t get it.  Probably has something to do with how I was raised…

You couldn’t swing a cat without hitting kin. Someone was always bringing over fresh vegetables, or we were delivering them. I learned (to hate) shucking purple-hulled peas. We made peach ice cream and blackberry cobblers.

And we ate Southern Food.

And I hated it.

Remember that whole “Depression” thing?  In the South, it never really left. Sure things got better, but meat was still a luxury, and people ate what they grew. If you didn’t care for what was in season, you were SOL. Me? I didn’t like butter beans, creamed field corn, or shucking peas. So, I suffered in typical adolescent stoicism; which is to say I didn’t eat a lot in Georgia.

But then one day, it all clicked.  I don’t mean some cosmic understanding of the universe, I mean the perfect meal coalesced on my plate. It was totally Southern and completely fantastic.  It’s also about as close to vegetarian as you’ll ever get in the South.

And so I present to you

Start your peas early. Nothing worse than crunchy peas.

While your oven preheats for the cornbread, get a cast-iron skillet screaming hot, then sautee the potatoes until almost done.  Add the okra (you can dredge in corn meal, if you like), and cook until both are brown. Place in the oven with your corn bread.

Remove the corn bread and potatoes & okra from the oven. Crumble a slice of corn bread in a glass. Season liberally with salt and pepper, then fill the glass with buttermilk.

Place another piece of cornbread on a plate (butter is optional).  Ladle on a healthy spoonful of peas, then about double that amount of potatoes & okra.  Spoon on some of the pea juice.

Salt a couple slices of tomato and cucumber, and place on the edge of the plate (to be incorporated as you progress through the meal). “Garnish” with onions and chow chow as you see fit.

Serve with sweet tea. Serves between one and four, depending on whether I’m at the table.